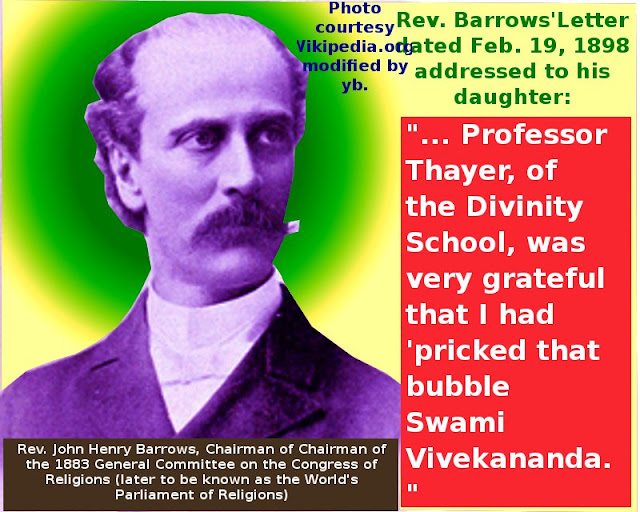 2016 India is agog with countrywide demands for ban on cow-slaughter, and ban on beef eating. For millions of Indians, Swami Vivekananda is the role model. They are eager to produce hundreds of Vivekanandas. But many Indians do not know about Vivekananda's three B's slogan: Bhagavad Gita, Biceps, Beef. Here is one conversation, from the Reminescences of Dr. John Henry Barrow which suggests that Swami Vivekananda was not averse to consuming beef.

"After the first session of the Parliament of Religions I went with
Vivekananda to the restaurant in the basement of the Art Institute, and
I said to him, 'What shall I get you to eat?' His reply was "Give me
beef !""

ybrems
--The Outlook - was the name of the magazine, which published the report.
Year of publication was July 1897.
--Dr. John Henry Barrows (Reverend Barrows) was one of the chief organisers of the World Parliament of Religions, Chicago, 1893.
--9/11/93 refers to the date of reminiscence of Rev. Barrows. This date was the same as the date on which Vivekananda gave his first speech at the Parliament.

Some questions which arise:
1. Why did Rev. Barrows withhold this information in his mind for three years+ (from 1893 to 1897) without disclosing?
Why did he suddenly burst out in 1897?

2. Why did Barrows choose Vivekananda for company, to dine in the restaurant?
Probable answer: Barrows wanted to cultivate VivekAnanda for spreading Christianity in India. But this did not bear fruit. But the bonhomie continued till 1897. By that time, Vivekananda started his own business of speech-making, yoga classes, and established some relationships with aristocratic women of the United States. Vivekananda became Barrow's competitor in U.S., instead of helper in India.

3. Rev. Barrows disclosed the news of Vivekananda's beef-eating in July 1897. Prior to that he was in India, probably for spreading Christianity. Vivekananda, seems to have arranged for his reception in India and accompanied him to some places. His letter to Ms. Hale, dated 28.4.1897 from Darjeeling, shows that relations got burst between the Reverend and the Swamiji.:


" ... Dr. Barrows has reached America by this time, I hope. Poor man! He came here to preach the most bigoted Christianity, with the usual result that nobody listened to him. Of course they received him very kindly; but it was my letter that did it. I could not put brains into him! Moreover, he seems to be a queer sort of man. I hear that he was mad at the national rejoicings over my coming home. You ought to have sent a brainier man anyway, for the Parliament of Religions has been made a farce of in the Hindu mind by Dr. Barrows. ..."

Thus, the breakdown of relations between Vivekananda and Rev. Barrows, made Barrows to disclose to the Outlook news Paper about Swamiji's beef eating in Chicago and got it published by using his influence.

Yet, we cannot say that Barrows created an imaginary incident of Vivekananda asking for beef. Vivekananda did not hide his support for meat and beef eating by Hindus. Swamiji's 3Bs: biceps, bhagavadgita and beef, as a formula appears in one of his biographies by his own disciples. In those days, communications were not well-developed. Hence, very few Hindus knew it.

Popular posts from this blog

#104, WHY SWAMIJI WANTS CHRISTINA TO SUBDUE HER EXPRESSIONS?

November 01, 2007
FACTS
Swami Vivekananda wrote to Ms. Christina Greenstidel (Christine)from Marseilles (may be from the ship on way to London from India, during the second visit)on July 23, 1899. In the letter he asked her to come to London dock (to receive him).

"... Come to the Dock if that is possible and discreet. Yes, it is discreet, as there is a lady in the party and others will come to meet her. Only, Christina, don't if you feel the least tired or unwell. I hope you are enjoying London immensely.
The Orientals do not like any effusion of feeling. They are trained to hide all expression. ..."

OBSERVATIONS, INTERPRETATIONS, DEDUCTIONS
Meaning of the word "discreet" as per www.dictionary.com:
"... 1. judicious in one's conduct or speech, esp. with regard to respecting privacy or maintaining silence about something of a delicate nature; prudent; circumspect ... " .

Why did Swami Vivekananda want Ms. Christina to be discreet? Why did he want her to be silent?…
Read more

239 Do the questions of beef eating - drinking and smoking by Vivekananda really matter? 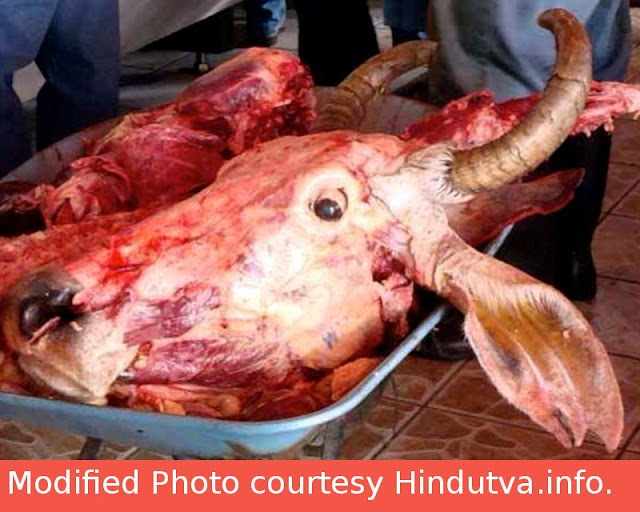 Ans: Yes. The questions of beef eating and alcohol consumption really matter, for "parama hamsas" (Great Swans) and UPLIFTERS-OF-NATIONS, like Swami Vivekananda. They do not matter for ordinary hoi pollois like you and me.

ANSWERS: I am not here to pass any value judgements on Vivekananda's character or lifestyle. My objects here are to find out facts and examine how they differ from the generally held views of millions of Indians who worship him, reading the literature published by the Managers of his Cult.

279 Mr. Donald Trump seems to have studied in the College of Swami Vivekananda 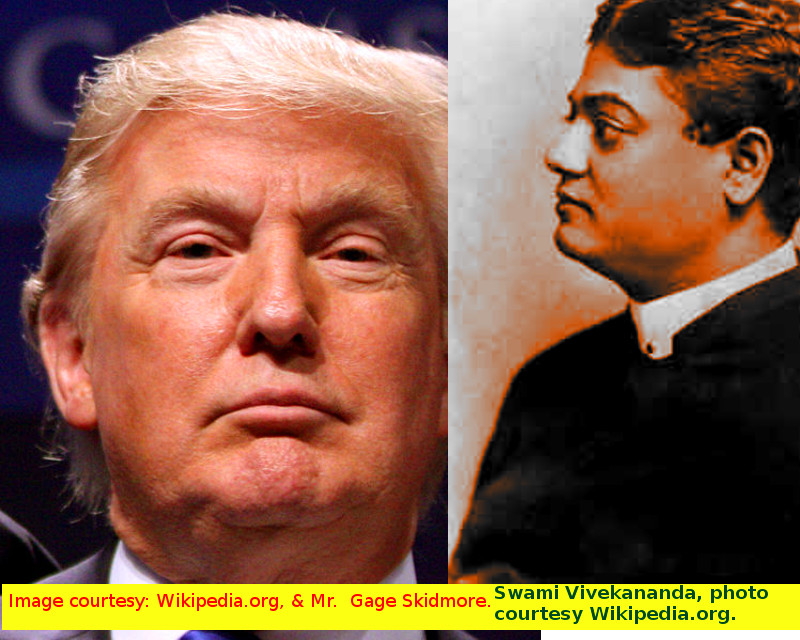 Mr. Donald Trump is the President of United States. Swami Vivekananda was an Indian Monk who extensively toured United States from 1893 to 1902 (with a gap), starting with the purpose of attending the World Congress of Religions 1893, Chicago. During the period, he had given lectures in American Cities such as Chicago, Detroit, San Francisco, New York on Religion. He had also established in U.S., monasteries of his cult. He passed away on 4th July 1902, 4th July being the Day of American Independence. Many of his disciples and Indians believe that Vivekananda chose his date of mahA NirvANa as the 4th July-American Independence, to commemorate the inseparable link his life had with the Americas.

Ques: How can you say that Mr. Donald Trump, the Eccentric American President studied in the College of Swami Vivekananda?
Ans: See this news link: Click here, to go to http://www.newsy.com/stories/trump-explains-why-he-appointed-rich-people-to-his-cabinet/, if you wish to see the full re…
Read more

ybr (alias ybrao a donkey)
multisubj or yb or ybr or ybrao a donkey. occupation: Retired Bank Officer and LAWYER. Kindly see autobiographicalyb.blogspot.com, if you will like to know more about me as a person. Main goal: Marxism through non-violent means. Sub-goal: minimising the effects of the opium i.e. the religion on human minds.